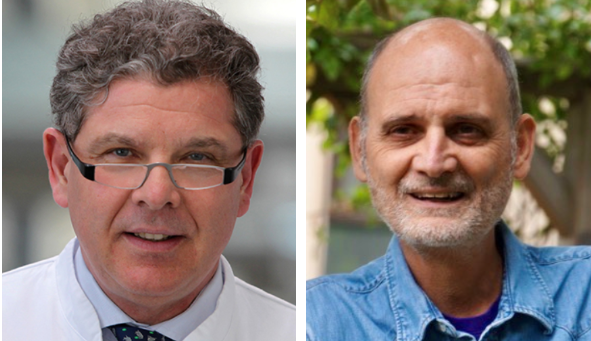 Professor Rudolf Stadler is Director of Dermatology at the Johannes Wesling Medical Centre, Minden, Germany. He started his medical career at the Free University of Berlin, Berlin, Germany, under the chairmanship of Professor C.E. Orfanos, in 1988 he was appointed Deputy Director of the Department of Dermatology at the Free University of Berlin, and in 1990 he became Director of the Department of Dermatology at the Medical Centre Minden, Minden, Germany. Since the start of his career, Professor Stadler has been working on the transition of dermatology from morphology and local therapies towards functional understanding of skin physiology and introduction of systemic compounds (e.g. retinoids and interferons). For his accomplishments in this area, he received the Oscar Gans Prize from the German Society of Dermatology in 1988. Professor Stadler is a Past-President of the German Society of Dermatology and the Cutaneous Lymphoma Task Force of the European Organisation for Research and Treatment of Cancer. He was also Deputy Secretary of the organising committee for the 17th World Congress of Dermatology in Berlin.

Professor Stadler's main scientific interest is the development and advancement of dermato-oncology, especially in cutaneous T-cell lymphoma (CTCL). He conducted one of the first randomized trials on interferons in CTCL and has been involved in the development of new therapies in this area including brentuximab vedotin. Since May 1990, Professor Stadler chairs the Department of Dermatology of the Medical Centre Minden, a leading Dermatology Department in Europe, and one of the largest in Germany with 30 000 yearly-specialized outpatient consultations, 3200 dermatology inpatient hospitalizations (60 Dermatology inpatient service beds) and high-level expertise in the diagnosis and therapy of skin disease.

Professor Stadler is member in various international and European dermatological societies. He is author of more than 350 full scientific articles with an h-index of 45.44and produced landmark primary publications in the field of dermato-oncology, e.g. lymphoma, melanoma. Over the past 25 years, he had been invited to be a speaker and/or chair in a significant number of national and international dermatology conferences. In 2017, Professor Stadler was awarded the ILDS Certificate of Appreciation for International Leadership in recognition of outstanding and exemplary contributions to promoting and advancing dermatology at the national and international levels, presented at the Annual Meeting of the German Dermatological Society, 2 - 3 March 2018.

Guy Bouguet was born in 1965. He is married and has a 23 year old daughter. He met his wife in California where he lived for 10 years and where he started his career as an electrical engineer in a telecom start-up company. This created many opportunities for him, eventually becoming a director of market development in Europe for the largest semiconductor company.

Following his research to understand his disease, Guy noted the lack of information available in France and went on to become an active patient advocate. He then co-founded France Lymphome Espoir in 2006 and also got involved on an International level as a director for the International Lymphoma Coalition and helped to found the Lymphoma Coalition Europe. Guy is also a member of the EBMT Patient Advisory Committee and  participate in several Advisory boards and is involved in different educations programs. In 2018, Guy graduated from the Patient University of la Sorbonne with a Health Democracy DU. Guy is dedicated to raising awareness of lymphoma, advocating for best access to care and providing information to patients.

To receive the access link to the Webinar, please register here: