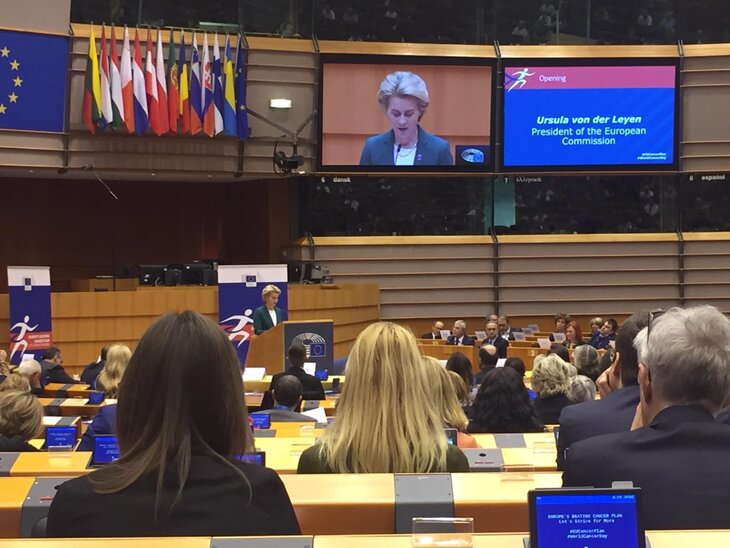 Tackling cancer is of fundamental importance for Europe's future. By 2035, there will be a doubling of cancer cases and an estimated 40% of the population will face cancer at some point in their lives. However, at the same time 40% of all cancers can be prevented if we implement what we know already. With these numbers in mind and the different approaches from Member States, European Commission President Ursula Von der Leyen has tasked Stella Kyriakides, European Commissioner for Health and Food Safety, with the launch of an ambitious cancer plan.

On 4 February - World Cancer Day - the European Commission started its outreach on Europe's Cancer Plan at an event in the European Parliament in Brussels, supported by the MEPs Against Cancer Interest Group. Europe's Cancer Plan will propose actions at every key stage of the disease: prevention (lifestyle, pollution, vaccination), diagnosis, treatment and survivorship. This event aimed to demonstrate the EU's strong commitment to fighting cancer and to harness the collective power for positive change.

The half day event brought together a range of stakeholders including political leaders, representatives from international organisations, health ministries, leading academics, scientists and health professionals, the private sector and NGOs as well as cancer patients and survivors, who shared their personal testimonials.

"Today on World Cancer Day, we begin a common path that will lead to Europes' beating cancer action plan" stated Ursula Von del Leyen. European Reference Networks on Rare cancers will definetly play a key role on this path, so much to do together!