Dr. Roberta Russo is a researcher in medical genetics at the University of Naples "Federico II". After the degree in Medical Biotechnologies, she attended the postgraduate residency school in Medical Genetics (2011); subsequently, she gave a Ph.D. in Genetics and Molecular Medicine (2016).

She has dealt with the study of the genetics of rare disorders, particularly hereditary anemias, since 2006. Her main interest was the study of Congenital Dyserythropoietic Anemias (CDAs), mainly CDA type II. Indeed, she contributed firsthand to the identification of the causative gene of this condition in 2009. Subsequently, she became one of the leading scientists for the genetics and epidemiology of CDAs. In 2011, she won the Young Investigator Award by the American Journal of Hematology for her study on the epidemiology of this disorder.

During her Post-Doc experience at institute "CEINGE - Advanced Biotechnologies", Naples (Italy), in the research group guided by Prof. Achille Iolascon, Roberta Russo has successfully conducted important studies on molecular genetics and pathophysiology of CDAs and other related hereditary anemias. Currently, she is a principal investigator of two projects aiming to elucidate the genetic background of patients affected by these disorders. 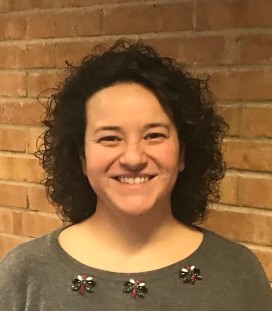