Dr Eduard J van Beers is hematologist at the Van Creveldkliniek, center for benign hematology, University Medical Center of Utrecht, University of Utrecht, the Netherlands. He was trained in medicine at Leiden University and completed his hematology fellowship at the Academic Medical Center in Amsterdam, the Netherlands. In 2008 he received the J.C. Roos award for the best thesis in internal medicine in the Netherlands for his thesis on organ damage in Sickle Cell Disease. From 2012 to 2013 he worked at the Hematology department of the NIH, NHLBI, Bethesda USA, on the development of Sickle Imaging Flow Cytometry Assay (SIFCA) under supervision of dr. Gregory Kato.

Dr. van Beers has specialized on rare hereditary hemolytic diseases, such as Pyruvate Kinase Deficiency and Sickle Cell Disease. His department is appointed by the minister of health of the Netherlands as a National Center of Expertise on treatment and research on rare anemia's. The main focus of his research is the documentation of organ damage caused by chronic hemolysis, anemia and iron overload and identification of involved pathophysiological pathways together with the development of new treatment options and diagnostic tools (e.g. the oxygenscan). Among other things, Dr. Eduard J van Beers currently is involved in the PKD NHS study, the Peak registry and the RADeep initiative. 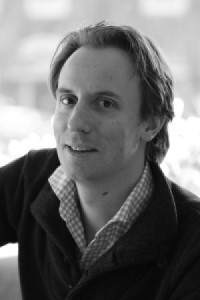