New ePAG for Hemochromatosis and other rare genetic disorders of iron metabolism and heme synthesis subnetwork!

New ePAG for Hemochromatosis and other rare genetic disorders of iron metabolism and heme synthesis subnetwork! 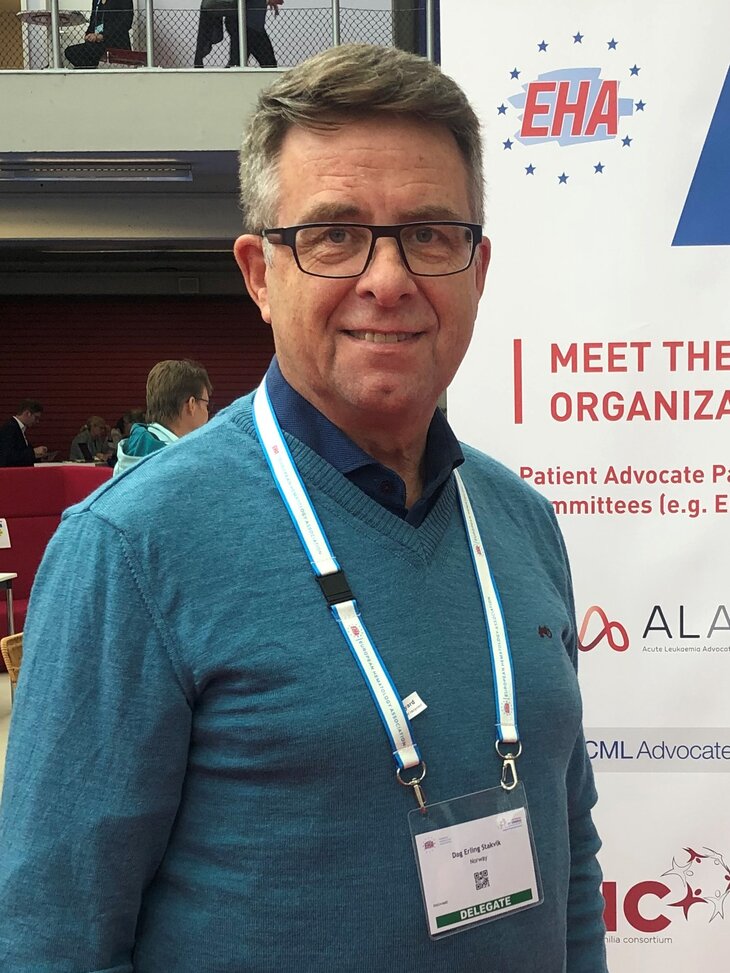 We are very happy to announce that Dag Erling Stakvik has joined ERN-EuroBloodNet as​ the new European Patient Advocacy Group (ePAG) for Hemochromatosis, welcome on board!

In May 2016, the rare disease patient community in the field of hematology (including hematological malignancies) voted and co-opted seven ePAG representatives who are ensuring that the patient's voice is fully represented in the EuroBloodNet Board and sub-clinical committees and increasing the role of patients in clinical care in Europe.

We are very happy to announche that Dag Erling Stakvik has joined the ERN-EuroBloodNet community in May 2019 as representative for the Hemochromatosis and other rare genetic disorders of iron metabolism synthesis subnetwork!

"My name is Dag Erling Stakvik. I am a patient with Hemochromatosis and was diagnosed in 2013 and I became involved early in the National Association where I am now the Vice President. In 2014, I was also elected to European Federation of Associations of Patients with Haemochromatosis (EFAPH) Board and Executive Board as treasurer. These roles have given me a good insight into the world of hemochromatosis and I learn something new every time I meet other representatives/patients from my area or others. I have also had the pleasure and honor of representing EFAPH in several European forums as European Hematology Community Advisory Board (Hem-CAB), European Hematology Association (EHA) Patient Organization Workgroup and EURORDIS - Rare Diseases Europe. Participation in these forums has given me a large network of contacts and insights into the work of other organizations as well as how we can interact across the organizations and borders, to improve "Quality of Life" to the patients and everyone's challenges in their disease area. I would like to use this knowledge in my further work, nationally and internationally in the best interest for our member organizations. "

Since joining, Dag has became the patient representative coordinator for the Hemochromatosis and other rare genetic disorders of iron metabolism and heme synthesis subnetwork, together with Graça Porto (Centro Hospitalar do Porto, EPE) and Dorine Swinkels (Radboud University Medical Center Nijmegen). In addition Dag has also attended the ERN-EuroBloodNet interactive session at EHA congress where an overview of the ongoing projects undertaken by the network were provided while allowing to get a general vision on the main actions where to become an active actor.

You can get further information on the ERNs ePAG community at EURORDIS website.

Welcome on board Dag!